Leading The Charge To Meet Needs 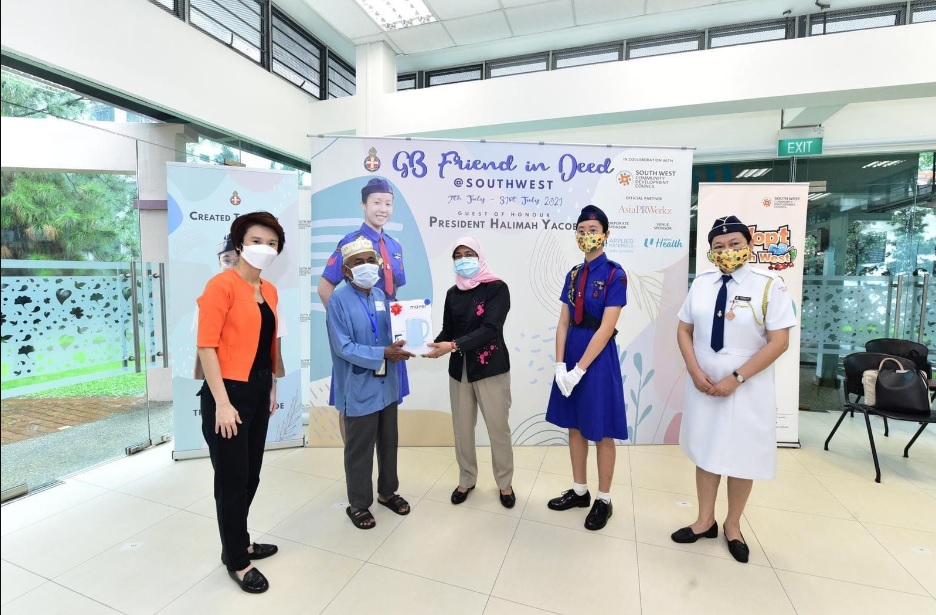 Taman Jurong resident Mr Mohd Saleh Bin Abu had hoped to have an electric kettle to help him boil water faster and safely. His wish was granted through The Girls’ Brigade Friend in Deed (GBFD) @ South West initiative that was launched at NTUC Health Senior Activity Centre (Taman Jurong) on 7 July 2021.

The 78-year-old was one of three residents who received items they had wished for from guest of honour and patron of The Girls’ Brigade Singapore (GBS) President Mdm Halimah Yacob and Mayor of South West District Ms Low Yen Ling.

Expressing his appreciation, Mr Saleh said, “It is safer than using the stove as I may forget to turn off the fire after the water has boiled. This is really useful for me and I am grateful for the support.”